The European Union has revived a threat to impose tariffs on screws and bolts from India, citing that EU producers may be victims of subsidies and price undercutting. The EU launched an investigation into whether Indian manufacturers of stainless steel fasteners receive trade distorting government aid and sell the goods in the 27 nation bloc below cost, a practice referred to as dumping. In July 2010, the EU closed comparable inquiries covering imports of the same goods from India and Malaysia without imposing duties. The new investigations will determine whether EU producers of stainless steel fasteners have suffered injury as a result of any unfair Indian competition. The two investigations stem from 31 March 2011 complaints by the European Industrial Fasteners Institute on behalf of producers that account for more than 25% of EU output of stainless steel fasteners. Under EU practices, the commission can enforce provisional anti subsidy duties for four months and provisional anti dumping levies for six months. Acting on a commission proposal, the EU’s national governments can turn those measures into definitive five year duties at the same or different rates. 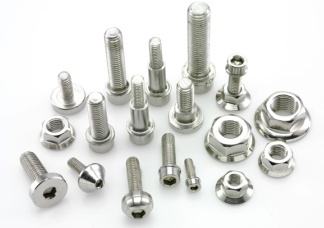