Royal Dutch Shell Plc (RDSA) plans to sell its 11.4% stake in a long-stalled, CAD 16.2 billion natural-gas production and pipeline project in Canada’s far north, in addition to its other assets in the region. The Mackenzie Gas Project envisions bringing natural gas from fields bordering the Arctic Ocean to markets in North America, but Shell’s departure from the project marks the bowing out of one of the project’s oldest and biggest partners. Federal regulators in Canada approved the project in 2010, but the project’s other major partners, including ConocoPhillips (COP) and Exxon Mobil Corp.-controlled Imperial Oil Ltd., had yet to commit to building the project. Imperial Oil, which holds a 34.4% stake and is leading the project, has said it and the other partners will make a decision to commit funds to building the pipeline by the end of 2013. If it is built, the pipeline would transport up to 1.2 billion cu/ft of gas a day. 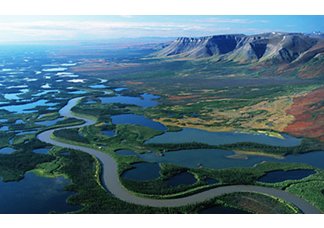