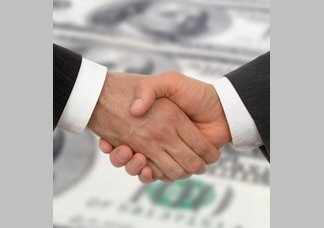 The transaction, which is expected to close this month, was approved by the independent members of the boards of directors of both KMI and Kinder Morgan Management, LLC following the receipt by each board of separate fairness opinions from different investment banks.

The company previously announced that KMI would offer to sell these assets to KMP to more than replace cash flow from certain assets KMP is divesting pursuant to an agreement KMI reached with the Federal Trade Commission in order to complete the El Paso Corporation acquisition. KMP expects to complete the divestiture process during the third quarter of 2012. It is anticipated that the combination of the divestitures and the dropdowns will be slightly accretive to KMP’s distributable cash flow in 2012 and nicely accretive thereafter.

“We are delighted to announce the drop down of two premier natural gas pipelines, which will generate substantial, stable cash flow to KMP and its unitholders for many years to come,” said Kinder Morgan Chairman and CEO Richard D. Kinder.

“TGP serves the Northeast and has access to the growing Marcellus and Utica shale plays, while EPNG serves much of the West, including southern California, Arizona and northern Mexico. A number of expansion projects are already underway on both of these pipeline systems (see July 18, 2012, KMP earnings release) and we are pursuing additional opportunities. This is a great transaction for both KMI and KMP. KMP is purchasing world-class assets with tremendous growth opportunities at an attractive price, and KMI is reducing its debt outstanding and continuing to participate in the cash flows from the assets through its general and limited partner interests in KMP.”