Citizen Machinery recently demonstrated its Cincom L12‐VIILFV sliding-head lathe with integral laser cutting capability. The advanced configuration greatly broadens the production possibilities of Swiss-type machining. There is almost unlimited scope for laser cutting geometric shapes and precision holes into solid bar previously drilled within the same production cycle, or directly into tubular stock. Features are machined much more quickly than could be accomplished by milling cutters in driven stations in the lathe’s tool carriers and to higher precision.

There will also be a focus on Citizen’s proprietary LFV (low frequency vibration) operating system software for efficient chip-breaking. Next year will mark the sixth anniversary of the technology’s launch. It has had a transformative effect on sales of Cincom sliders, and also some Citizen Miyano fixed-head turning centres, owing to the superiority of chip-breaking over that achievable with conventional pecking macros and dwells.

Oscillation of the tool by tens of microns repeatedly retracts the tool clear of the workpiece momentarily to break stringy swarf into manageable chips, even when machining stainless steel, aluminium, copper, and plastics. It not only leads to higher productivity but also allows coolant to penetrate the cut efficiently, extending tool life and improving surface finish. 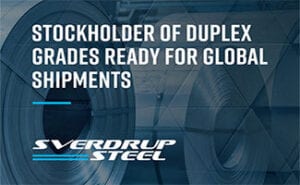