According to reports from various countries, there is a shortage of qualified engineers in general across many industries. If the public and the private sectors are not pro-active, this shortage could lead to significant economic losses and collateral damage. The good news is that there many ‘fixes’ but, given the complexity of the issue, a comprehensive approach is required.

^ Shortage of qualified engineers in general across many industries 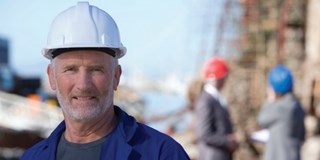 In the US, almost 27% of workers in the manufacturing
sector will retire within the next decade

There have been numerous reports in the last couple of years on this topic, illustrating that a present and future shortage of engineers is very much on the agenda of national governments, sectoral organisations and private companies. This is not surprising as countries and companies are highly dependent on technical personnel, for example, in civil engineering (to maintain and improve infrastructure) or the various engineering domains in the manufacturing industry.
According to the recruiting agency Gobrightwing, this shortage could lead to a potential loss of USD 454 billion in the United States alone. There are also other challenges such as keeping civil infrastructure up and running and addressing critical societal challenges. Examples include facilitating an energy transition or developing viable processes for recycling.

It would go too far to address this issue on a global level as various parameters – economies/industries, demographics, educational systems and geographies – all have an impact on the supply and demand of engineers/technical personnel.
Therefore, this article focuses on three large economies – the US, United Kingdom and Germany. This choice is also motivated by the relative abundance of data generated on this issue.
To begin with, let’s look at the general picture. In 2017, a comprehensive report titled 2017: Create the Future was published which focused on the UK but also targeted nine other major economies to address supply-demand and other issues. One of the significant findings was that five countries – UK, USA, China, Germany and South Africa – experienced a mismatch in supply-demand in skilled engineers. The good ‘news’ is that the public perception of engineers is positive.

In an era where trust in some professions is diminishing, the role of engineers is valued highly, partly also because of the aforementioned societal challenges.

“Engineers are seen as having as much influence as politicians in solving major world challenges,” according to the report.

Time to zoom in on particular countries/geographies. The United Kingdom struggles with getting the right engineers for the right jobs. A survey from 2019 from the temp agency Randstad states that the sector “faces a skills crisis like never before, and measures need to be taken to help the leaders of the engineering industry fill the jobs that are integral to the field”.
According to another study by the UK government, 186,000 skilled recruits per year would be needed until 2024 to fill the gaps. Within the EU, there are various bottlenecks in different engineering fields. Depending on the country and engineering domain, there are more or less urgent issues. Shortages in software/ IT are among the highest; in mechanical, electrical and civil engineering it is still challenging to fill the gaps but this doesn’t mean it is less pressing.

In Germany, one of the manufacturing powerhouses in the world, the engineering skill shortage is already noticeable. According to a recent study by the German federal government, this shortage will increase in the coming decades. By 2030, a shortage of 3 million ‘skilled workers’ is expected in Germany (Source: Prognos).
Skills shortage is now the most significant concern of German businesses according to a recent economic survey by the German Chamber of Industry and Commerce. In particular, highly qualified engineers, technicians, researchers, medical and other similar professionals are needed.
The recent skill-shortage analyses, dating back to 2017 drawn up by the Bundesagentur für Arbeit, states a nationwide shortage of engineers in the areas of software development, programming, metal construction, aerospace and automobile, mechatronics and construction. This gap is going to be hard to fill for small and medium sized enterprises in particular. Those companies are already having difficulties in recruiting skilled workers as they are limited to the local labour market.

There are various reasons for a shortage in engineers. As stated before, it is better to use the term mismatch as the situation is more complex than a matter of just numbers. Companies also experience mismatches in terms of skill sets. The phenomena listed below are mentioned often in research reports on this subject.
1. An ageing workforce
In the US, almost 27% of workers in the manufacturing sector will retire within the next decade. Babyboomers – and even some older members of Generation X – are out the door, taking their knowledge and skills with them.
2. Declining interest in STEM
In major, more advanced economies (e.g. US, Western Europe) there seems to be a lack of interest in STEM (education). As a result, the influx of homegrown talent is stagnating. This gap can be filled by attracting skilled foreign workers from emerging economies (India, China etc.). There are challenges in terms of visa regulations and cross-cultural hurdles.
3. Lack of women
Only 11% of teenage girls in the US are interested in STEM careers. The number of female engineering graduates is higher – at 24% – but that’s still drastically uneven, despite the fact that women outnumber men in overall graduate school enrollment. Studies show that the US manufacturing workforce consists of just 29% of women workers.
4. Engineers move into non-engineering professions
UK statistics over 2017 show that of roughly 16,000 people with engineering first degrees, a third didn’t go to work as an engineer but moved into other sectors – e.g. finance – or started a job that didn’t require an engineering degree. 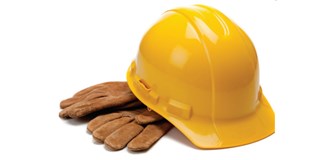 The US is not immune to supply demand issues in engineers. There are considerable shortages expected in so-called STEM-professions (science, technology, engineering, math). According to the Smithsonian Education Center, by the end of 2018, 2.4 million positions will be unfilled.
Again, as with other economies, these shortages are varying depending on geography. In some areas, like California, tech hubs used to have no problems attracting software engineers. With the cost of living rising in these areas, companies have moved to or opened offices in more desirable areas that offer a better salary/cost of living-ratio.
In the UK, the need for engineers is the highest in the Midlands, the South West and Scotland, whereas there is an ‘oversupply’ in the London metropolitan areas. Young engineers are less inclined to move from the big city to the ‘countryside’ (source: HESA Destination of Leavers of Higher Education survey, 2018).

There are various reasons other for the shortage in engineers/technical professions. Of course, it is essential to look at the root causes, but it is even more important to look at the solutions. There are various strategies/methods to address the shortage. Because of the complexity of the issue, it is fair to say that only a comprehensive, concerted approach will be effective. Education (STEM) requires the involvement of the public sector, preferably together with the private sector. For example, in Germany, the VDMA, representing the mechanical engineering industry, proposes the introduction of teaching technology in all secondary schools – with its own curricula, its own didactics and corresponding training for teachers at universities.
Young students also need to be informed about the opportunities and the relevance of engineering for our society and economy. This requires a unified voice from the engineering/manufacturing sector. Typically, associations (sectoral associations) are suited for this task.
Inspiration
Given the shortage of qualified STEM-teachers in secondary education, for example, in the Netherlands, it is also necessary to attract and retain teachers that can inspire a young generation to become an engineer. Education, in general, should not be used to balance the budget; it is a critical condition for economies to develop and to face future challenges.
The above solutions can only be realised in the long(er) term. In the short term, individual companies can act and are already acting by hiring engineers from outside. Most of these companies are already active in various continents. Either these multinationals can relocate (some of) their offices to areas where talent is abundant or attract foreign talent to their ‘home base’. In the latter case, there is also a public-private overlap as immigration policies of individual governments come into play.

In various articles on the topic of the shortage of engineers/skilled workers, automation is mentioned as a way of managing shortages. Interestingly, automation is not mentioned as a structural solution but more as a way to take away repetitive, non-value added tasks from engineers to free them up for the tasks they are trained for.
The World Economic Forum suggests that by 2022, 42% of total task hours will be managed by machines and algorithms. One in three manufacturers is already using these tools and technologies to supplement low-skilled jobs to focus their recruiting efforts on higher-skilled roles. As a result, 64% of executives, interviewed for the WEF-report, have found that automation helps them overcome the challenges of the talent shortage.
It’s expected that the need for some engineering expertise – automation, data science – will rise, whereas the need for other expertises might stabilise or even decline.
Addressing shortfalls
Individual companies can also address specific existing or projected shortages in engineers/tech-workers. For example, Emerson is very active in STEM-activities in the US. “Emerson has been dedicated to elevating the criticality of STEM education for many years,” said Kathy Button Bell in 2018, senior vice president and chief marketing officer for Emerson. “We have supported everything from collegiate engineering programs to hosting ‘We Love STEM’ days for our own employees’ children. This is a focal point of Emerson’s global values initiatives.”
Another company-specific method is to make the carrot bigger. Larger salary packages can make a difference in the short term but it remains to be seen whether money is a structural driver.
For some generations, the work-life-balance might be more critical or the options to develop within the company. All these factors can and should be addressed by employers in their human resources policies.