Outokumpu has restarted its third ferrochrome furnace earlier than planned but continues to optimize ferrochrome production capacity. The furnace was shut down temporarily beginning in September due to the high price of electricity, and the plan was to delay its restart at least until the end of the first quarter of 2023.
The optimization of ferrochrome production based on the price of electricity continues for all three furnaces, and the production capacity remains at 50–60 percent of normal.
“The restart of the third ferrochrome gives us more possibilities for optimizing the production in the current situation in the electricity market. As the furnace will be restarted, also the employees of that furnace will return to work at the ferrochrome operations. The majority of them have been working in Outokumpu’s stainless steel operations in Tornio,” says Martti Sassi, President, Business Area Ferrochrome.
Outokumpu will comment on the outlook for the first quarter along with the publication of its 2022 financial statements release on February 9, 2023.

AM to detect counterfeit parts

Fifty years of working with Shell

Alleima receives an order of OCTG tubes for CCS project 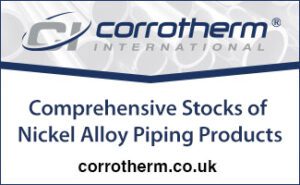