The Sumitomo Metals Group’s steelworks and manufacturing facilities are all operating normally with the exception of Kashima Steelworks, where the entire production lines have been suspended. The earthquake damages have been confirmed mainly at the port facilities and upstream manufacturing facilities, and only slightly at the buildings within the steelworks. Details of the major damages include damage to the quay and the quay cranes, damage to the coke gas holders by fire, damage to the auxiliary facilities of the coke oven and the loosened gas tubes and damage to the auxiliary facilities of the blast furnace. The Sumitomo Metal Group has announced it intends to focus all its resources on the early restart of the damaged facilities. 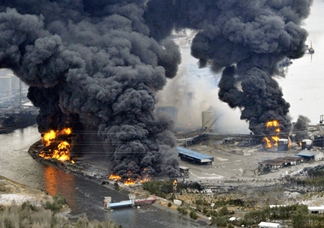