Explosives set off along a gas pipeline in Egypt’s Sinai Peninsula have forced a shutdown and halted exports to neighboring Israel and Jordan. Reports indicate that eight masked gunmen put a gun to the head of an Egyptian pipeline guard, forcing him to watch as they placed explosives on the line near the town of el-Arish. Two blasts caused huge fires, but a third charge did not explode. The main valves at the terminal were turned off immediately which brought the fires under control. The gunmen released the guard without harming him. 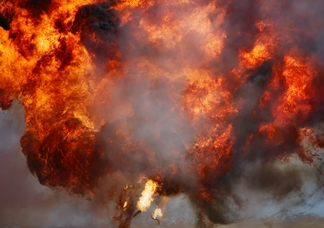