It was a discovery that rocked a nation last month; three sunken Dutch warships have disappeared off the coast of Indonesia. Who would target these war graves, and why?

Next year marks the 75th anniversary of the Battle of the Java Sea and plans had been made by the Dutch government and descendants of the 2,200 sailors who died for a special memorial ceremony. However it was recently discovered that three Dutch warships sunk in the battle have disappeared from the sea bed.

The announcement by the Dutch Defence Minister in November created shockwaves across the country, as the wrecks of cruisers HNLMS De Ruyter and HMLMS Java and destroyer HMLMS Kortenaer were official war graves. Sonar revealed that all that remains are depressions on the seabed showing were the ships once lay. How could they have disappeared…and why?

It soon became apparent that these war graves – and perhaps many more – have been targeted by unscrupulous metal scavengers who recycle the wrecks as a source of valuable ‘low background’ steel.  Low-background steel is that produced before the detonation of the first atomic weapons in 1945. It is used for applications that require extremely minimal amounts of innate radiation exposure such as Geiger counters, medical apparatus, scientific equipment and aeronautical and space sensors. Modern steel is made by various processes relying on atmospheric oxygen, and the air around Earth has low background levels of radionuclide that make it unsuitable for these applications. 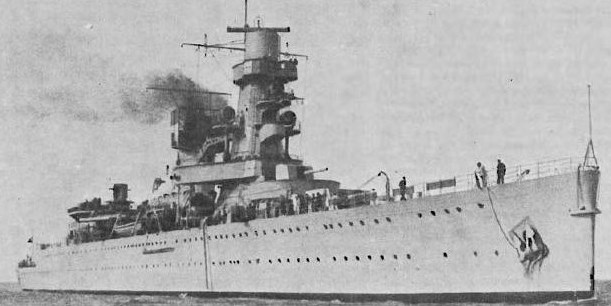 The scale of the destruction is not known but in the UK the Guardian has reported that scavengers are growing bolder, with reports suggesting that ships are being blown apart with explosives, then scavenged for recycling. A preliminary report seen by the Guardian showed that the wrecks of HMS Exeter, a 175-metre heavy cruiser, and destroyer HMS Encounter had been almost totally removed.

Two years ago the US military found that there had been an “unauthorised disturbance of the grave site” of the USS Houston, which sank in the Battle of Sunda Strait, also in the Java Sea. It was an official war grave for nearly 650 sailors and marines.

With more than 100 war wrecks around Indonesia, Singapore, and Malaysia, the desecration of war graves may be much more wide-spread than currently known.

An overview of world nickel resources