A ROV Tooling Manager for Delta SubSea, a leading provider of Remotely Operated Vehicle (ROV) services and tooling solutions to the subsea oil and gas industry, Matthews caters to internal company needs, maintaining tooling efficiency to Delta SubSea’s ten ROV systems located across the world but predominantly in the Gulf of Mexico.

A mechanic by trade, Matthews climbed the ranks throughout his career, attributing a great deal of his expertise to experience and hard work. Stainless Steel World met up with Matthews in Houston, Texas, to discuss the challenges of dealing with high pressures in increasingly deeper waters and the predominance of stainless steel, Inconel and titanium in ROV components.

As the manager of the full fleet of tooling owned by Delta SubSea’s ROV division, a day in the life of Matthews is anything but uneventful. “It’s hectic,” he explains. “We do anything from inspection work offshore for integrity management to intervention, and new construction as well.” He explains that if a client needs a new jumper or they are bringing a new well online, it is the responsibility of the Delta SubSea team to do anything the client needs to make that happen.
“My customers are all internal. If we have a specific project that needs a certain tool, the DSS Project Managers come to me to get it ready and ship it out to the vessel. That’s what I do most days, along with troubleshooting at any hour of the day or night on any of the tooling that they are having issues with offshore,” Matthews explains. Approximately 80 percent of the ROV intervention and inspection tools that Matthews supports are hydraulic in nature, including pumps, blasters, torque tools and grinders.

He says, “We have a few electronic devices as well: Cathodic Probe Measuring tools (CP probes), Flooded Member Detectors, Pipe Trackers, Sonar Systems and a couple of ultrasonic thickness probes… but for the most part, it’s all strictly hydraulic.” With a new challenge being presented all the time, Matthews enjoys problem solving on the job. He says, “I’ve built these tools for a long time. If there is corrosion to a component, I can help.” 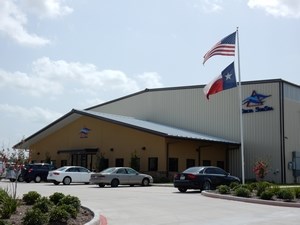 Each of the tools that Matthews supplies are delivered in a comprehensive kit which, depending on the application, may include its own stainless steel components and spare parts. He explains, “Once the Project Manager runs out of these spare parts, or if the part is broken beyond field repair, they just send the whole kit in and I refurbish it back to new specs. I put new stainless steel components in there, I ‘green tag’ it and put it on the shelf until they call for it.”

With drilling and exploration occurring at ever-increasing depths, dealing with higher subsea pressures presents a significant challenge with respect to valves, pumps, hoses and couplings and other equipment, according to Matthews. He notes, “The trend is going towards higher and higher pressures. We have a couple of 15,000 psi pumping units and their associated valves that, once you get over 10,000 psi, you start having to
get special fittings.

For the most part, however, we use all JIC fittings. But that only gets to 10,000 psi.” Further addressing the industry trend towards increasingly deeper depths, Matthews notes an increased demand for higher performance tooling. He states, “I currently oversee eight 10,000 psi IHPUs (Isolated Hydraulic Power Units) and two 15,000 psi units. I am now thinking I need to get ready to build another one or two higher pressure units. They are being requested more and more. Customers have these 10,000 psi circuits that they want tested to one-and-a-half times their pressure ratings. So, now we have to get these 15,000 psi units capable of withstanding these pressures.” 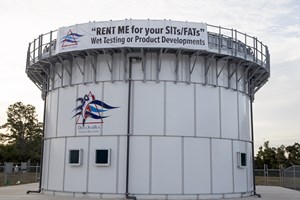 Extreme conditions such as high pressures and low temperatures promote the formation of gas hydrates in flowlines – the subsea pipelines used to connect a subsea wellhead with a manifold or the surface facility. Offshore E & P operators regularly perform flowline maintenance, which often includes the elimination of hydrate formations which can potentially reduce or completely block the flow path. “When there is the formation of the hydrates in the flowline the way that you break that up generally is by pressurizing from one side of the hydrate and you use the pump to pull a vacuum on the other side of the hydrate to try to dislodge it. Operators go back-and-forth like that to break that up and get the line open to flow again.”

To perform this task, Delta SubSea utilizes pumps that require minimal metal-to-metal contact and are capable of drawing a vacuum. He says, “We use a lot of duplex and triplex pumps that are able to run water-based fluids. That’s another trend in the industry – a move away from oil-based fluids to water-based fluids. That’s a problem for a lot of the pumps because the water-based fluids don’t lubricate the inside of the pump the same way the oil-based fluid will.” With duplex and triplex pumps, he explains, water can be pumped within the system without the same lubrication requirements as a pump designed for oil.
These applications require more specialized hoses. ”Some of our pumps are able to draw a vacuum and when you get into that you have to have specifically engineered ‘non-collapse’ hoses – they call them High Collapse Resistance (HCR) hydraulic hoses,” he says. HCR hoses are used in subsea applications to prevent the squeezing that would otherwise damage a non-collapse resistant hose.
With corrosion being one of the biggest maintenance concerns that Matthews faces, it is important to regularly inspect the integrity of the hose. Matthews explains, “Our hoses get damaged and they get cut. Once you cut the outside jacket, most of the time the hoses have a steel-braided liner, so one little cut essentially means the hose is rusting from the inside.”

“With duplex and triplex pumps water can be pumped within the system without the same lubrication requirements as a pump designed for oil.” 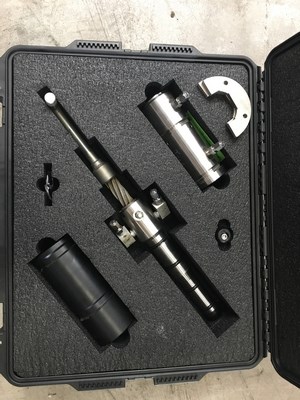 Corrosion is a huge issue when it comes to working in subsea environments. “Most everything we have, we build in stainless steel, aluminum or any kind of non-ferrous metal,” Matthews says. While the company sometimes uses carbon steel components which they simply coat with protective material, he notes that this method generally results in ongoing maintenance requirements. “Coatings have to be stripped every now and then and re-coated. In many ways, it’s easier to opt for stainless steel or a higher grade alloy,” he explains.
One area that often requires the use of a higher grade stainless steel alloys, such as Inconel, is the fabrication of ROV hot stabs and receptacles. These components are used to power hydraulic tools, transfer fluid, perform chemical injections and monitor pressure. Matthew explains, “Hot stabs are basically a hydraulic quick-connect. There’s a manifold and a stab, with two ports in there. The ROV handle connects to the stab, which then ‘stabs’ into the manifold. From there, the operator can operate whatever is connected to that manifold.”
At Delta SubSea, the stabs are all standardized according to API (American Petroleum Institute) standards. So, while there are several different kinds of hot stabs, for the most part, everybody in the Gulf of Mexico typically uses 17H dual-port stabs. The benefit being: tools can be used interchangeably, since the ports are standardized. “With the 17H stab, we can pretty much plug into anything and operate,” he says.
Matthews remarks, “There are a lot of titanium parts on the ROV itself – in fact most of their arms are made out of titanium.” While he does not support these parts himself, as they are sourced from a partnering company, he explains that titanium is ideally suited for the robotic arms due to its strength, as well as its light weight. 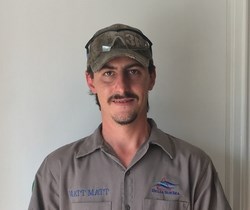 Matt Mathews: “If there is corrosion to a
component, I can help.”

The future of ROV tooling

Matthews notes the trend he is seeing in the industry towards more “smart” tooling. Beyond watching the pressure gauge on a video screen, “smart” tooling technology is reliant on electronic sensors and feedbacks. How does Delta SubSea address these growing trends?

Matthews says, “At the end of the day, we are driven by the client. Oil and gas companies continue to go deeper and deeper in their drilling. We’re already at the point where it’s too deep for divers. So, I don’t see the need for ROVs going away. On the horizon, I do see some of that autonomous technology coming around; where they’re minimizing the human factor. But we’re not quite there yet, for the most part.”